Thank you to everyone who’s supported Session up to this point, we’re right on the cusp of leaving Early Access. This is a huge moment for us, and something that will bring a lot of changes, but one thing will remain the same, our commitment to delivering the best skateboarding experience possible!

Since we’re about to leave Early Access, it’s important we share a few key points to remember ahead of launch:

What about the price?

Like we mentioned in our previous Dev Blog, leaving Early Access will also see the price of Session raise to 39,99$ USD with similar increases in other local currencies.

We’ve put a lot of work into developing Session over the years, overhauling the physics, bringing in new brands, and updating the roster. Things have come a long way since the prison tech demo that went out with our Kickstarter pitch.

This will allow us to fund the continued development of Session moving forward, since 1.0 is far from the end of the journey.

What about pre-order bonuses?

If you’re already in Early Access, then you should automatically be given the Brandalized pack. 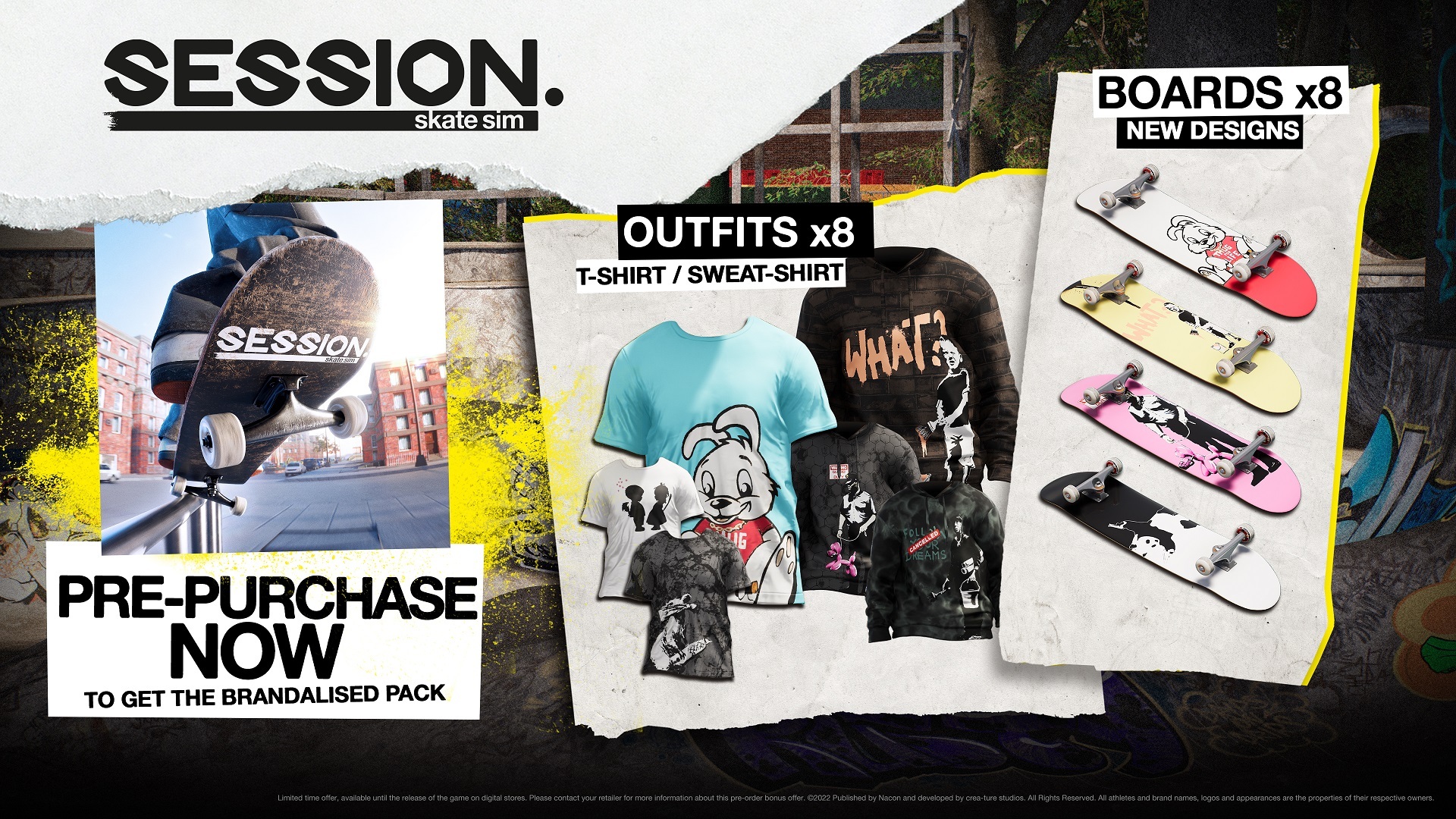 What about my save data?

Unfortunately, to be compatible with the new mission structure, existing save data needs to be erased.

What should I be checking out in 1.0?

We’re glad you asked, you should keep an eye out for the full patch notes tomorrow, but for now:

What about after launch?

We’ve already started pre-production on our first official patch and DLC drop which are planned for December.

Like we highlighted in our previous developer blogs, all future developed gameplay features will be introduced to the game free of charge for all players. We’ll share more details post-launch, so keep your ears to the ground for that!