The WRC 10 development team has posted a new update to their Steam page:

Today our team is pleased to share a brand new trailer for WRC Generation featuring a legendary car – with 24 wins, 3 manufacturers’ titles, 2 drivers’ titles… the Peugeot 206 left a big mark in its era and was driven by top drivers such as Marcus Grönholm and Gilles Panizzi. With WRC Generations, you will be able get behind the wheel of this iconic car and experience the extreme sensations it was famous for!

Marcus Grönholm’s iconic Peugeot 206 WRC from 2002 will be available for free to every Steam users purchasing the Standard or Fully Loaded Editions of WRC Generations in the first two weeks after the game’s launch (until November 17) and after that period at $4.99, £3.99 or 4,99€ (depending of your country).

Add WRC Generations to your wishlist

The Deluxe Edition is back under a new name, the Fully Loaded Edition – packed with content you might be familiar with if you played our last WRC games (additional car, career starter pack and 3 months of WRC+ All Live) we are also adding this year content for the Livery Editor! For Steam users this edition of WRC Generations will be available for purchase with the game’s launch on November 3. 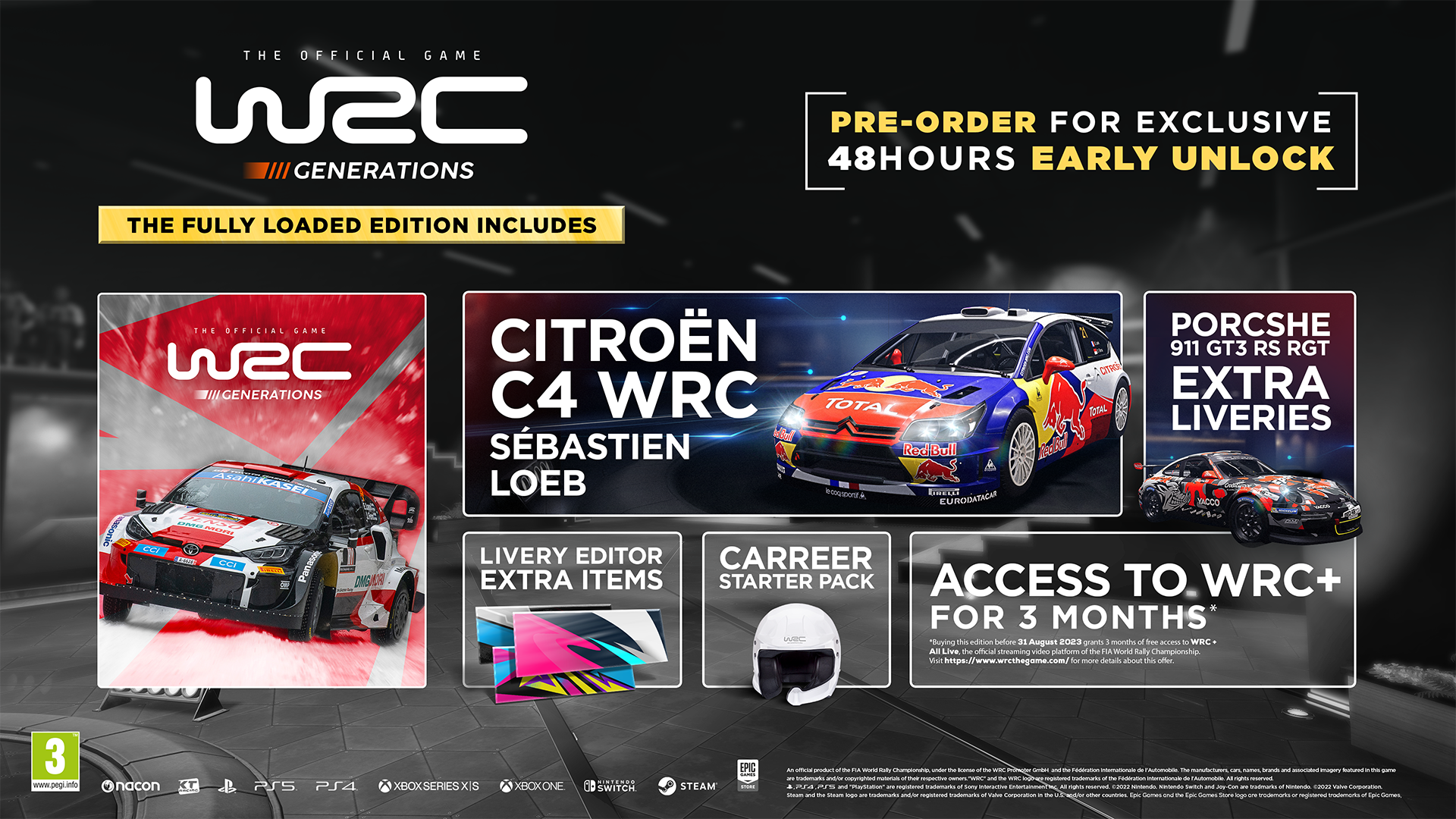