Sunday Rivals has posted a new update on their Steam page:

Hey yall, I’ve heard a lot of feedback over the years about ways to improve two player games, especially when it comes to hiding play calls from your opponents. Sadly we live in a world of screen-peekers, so in this update I’ve taken a step towards making their lives more miserable and given you the ability to call ‘decoy’ plays! 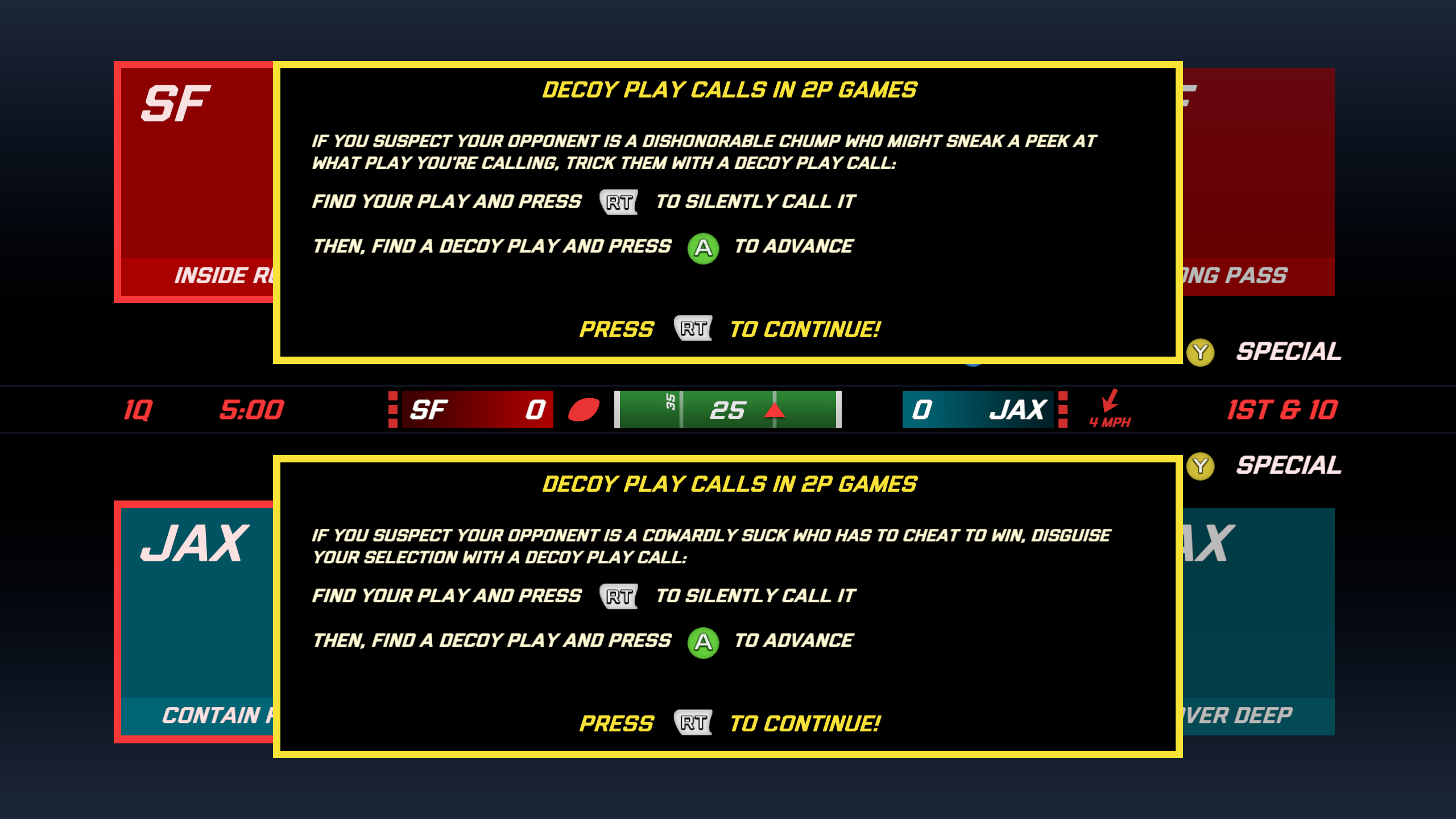 While this does not solve all the issues, I think this is a good start at balancing the playing field and forcing cheaters to focus more on their own play calls and less on yours!

I’ve also done a full name and appearance pass on the entire SRFL, adding a bit more originality and personality league-wide. If you have a season in progress, you might notice some new names and faces on your team, but outside of a few players everyone should play more or less the same. Unfortunately, if any of the players who’s names have changed set records or won POTW honors, those listings will show their original names until you start a new season or their records are broken.

A big thank you to everyone checking out the game, be it long time players from the Early Access days or new friends jumping in during the Autumn Sale, I appreciate yall and hope you continue to enjoy Sunday Rivals for years to come!