Football Will Bring Us Together

In all of history, there has never been a sport as big as football. Nations gather together in raucous rebellion, while only one team can claim the ultimate victory. That same spirit lives on in Rocket League, and now everyone can have a taste of the world’s most popular sport with the Nike FC Cup Limited Time Event!

Then on November 30, we come back for the second half with the Nike FC Showdown Limited Time Mode. The Item Shop will also see a second round of Items, including the Nike FC 2022 Pack. 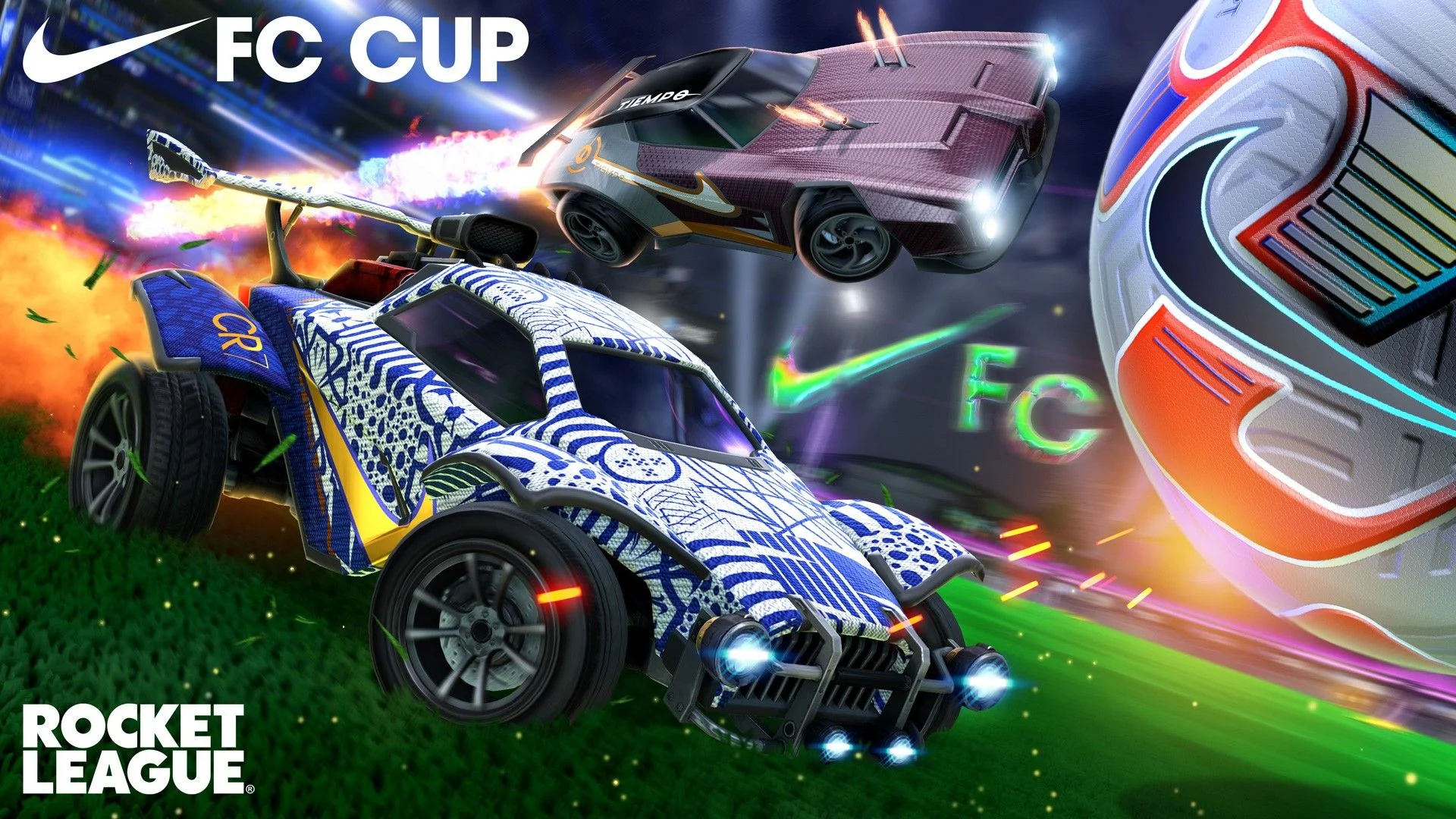 Alongside this Item Shop haul comes Challenge Rewards! To unlock 40+ Decals from around the world, you’ll need to complete challenges by diving into games of Chaos, Dropshot, Snow Day, and Hoops! You’ll also be able to get a Golden Egg that unlocks an Item from Champions Series 1 through 4.

Both the Nike FC Challenges and Item Shop Items will be available from November 17 to December 6. 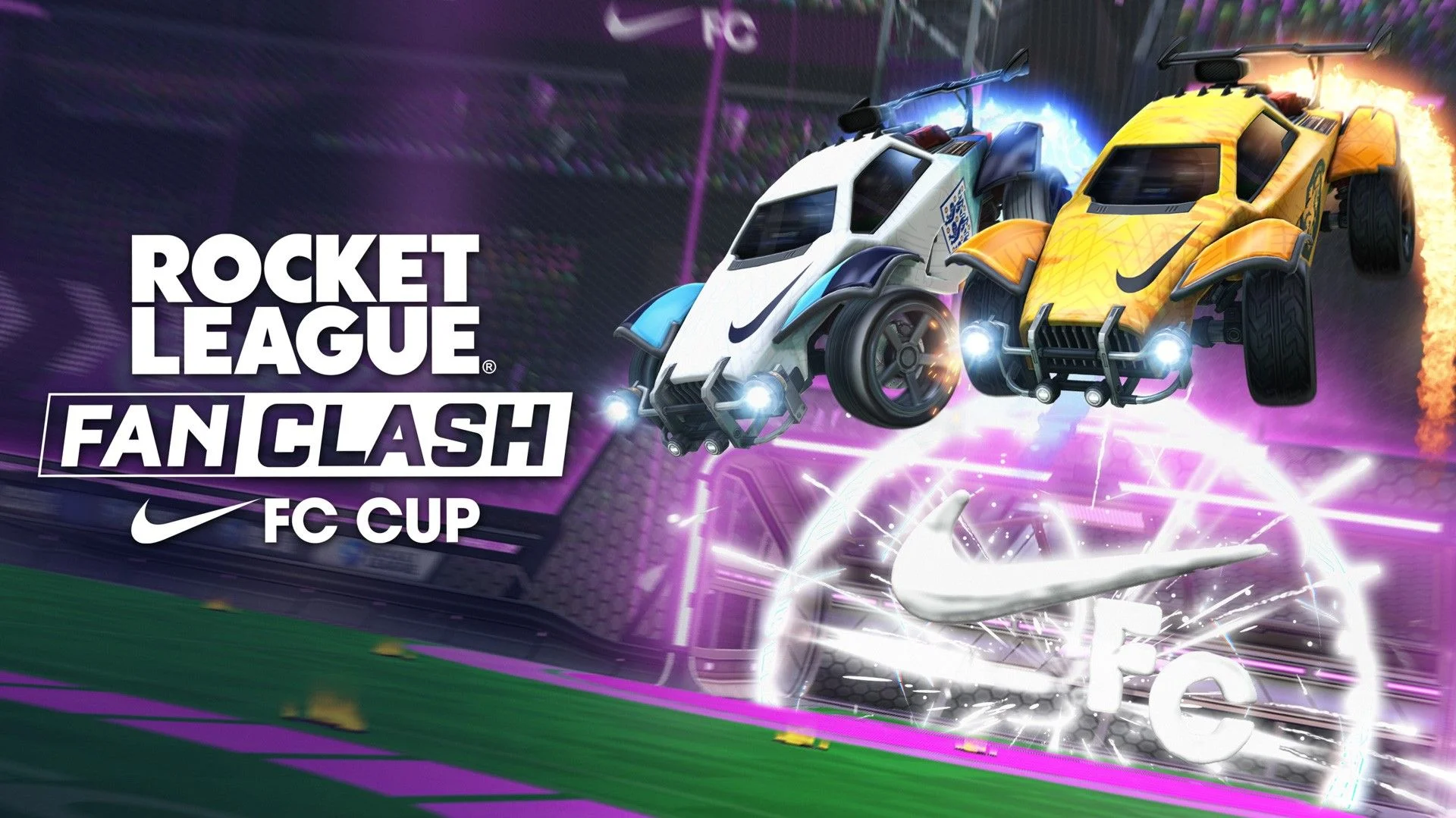 Football brings nations across the world together, and so does Fan Clash: Nike FC Cup! By signing up and scoring points for your country of choice, you can earn rewards on a massive scale.

Starting November 17, sign up at the Fan Clash: Nike FC Cup site. Once you’ve picked your team, it’s time to start dreaming about those rewards! As soon as you sign in, you’ll already unlock the “Footy Fanatic” Player Title.

Once you’ve locked in your favorite team, start playing Rocket League matches to earn points! Remember to check your Fan Clash page as you play⁠—you’ll be able to track your team’s progress on the Global Leaderboard.

Every goal, save, and assist you score throughout the event will add points to your team’s global total, with point normalization making things fair for bigger or smaller countries. Remember: it’s not how many players you have; it’s how hard they work! 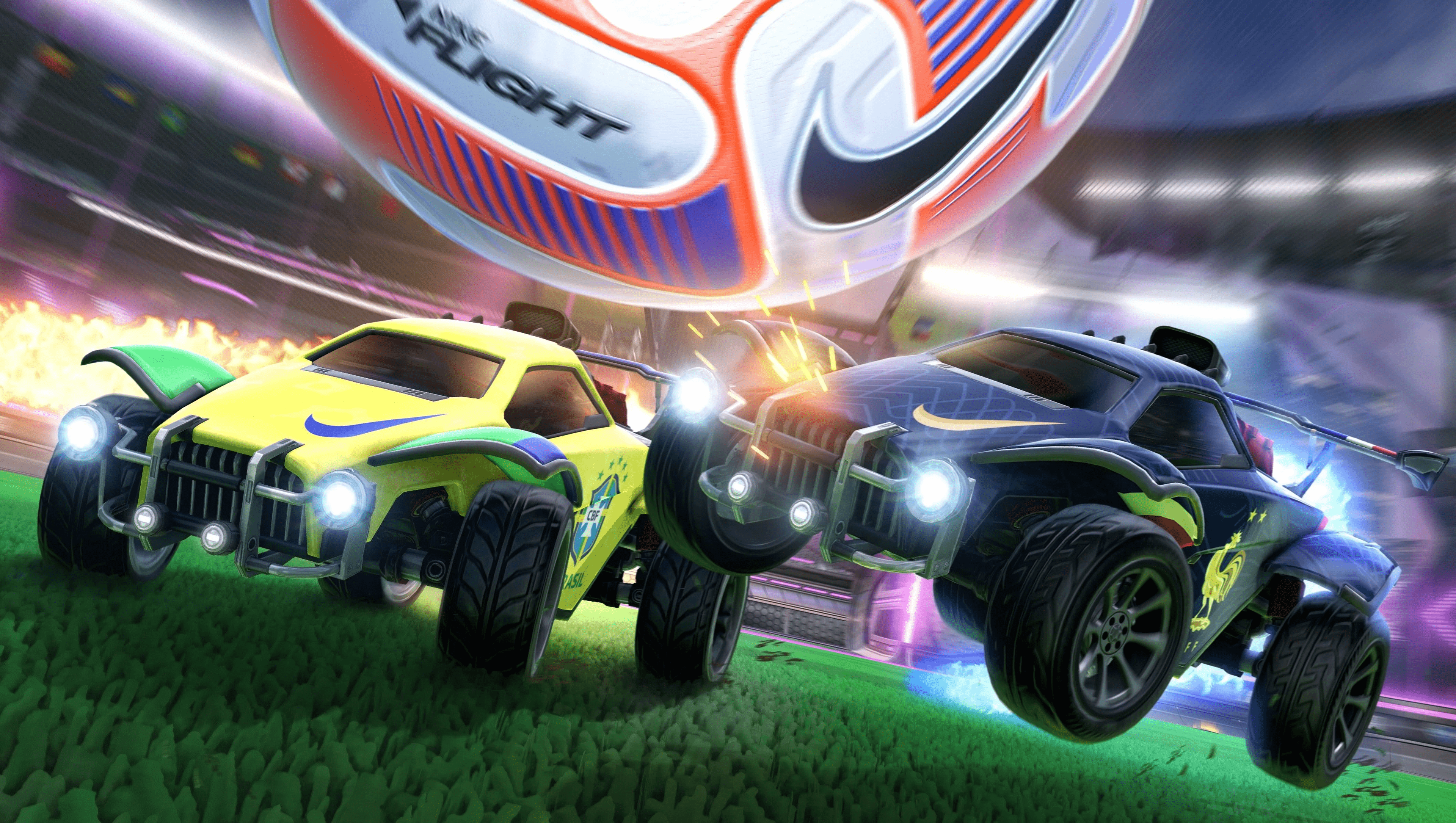 Welcome to Champions Field (Nike FC)! This pink and blue Arena will be home to Nike FC Showdown, a Limited Time Mode that achieves the unthinkable—combining cars and football!

This isn’t the Soccar you’re familiar with though. In Showdown, two teams square off with a Nike Ball, modified Mutator Settings, and intense 4v4 action. The newly designed Ball will curve and cut through the air depending on how you hit it, with a higher max speed and low bounce settings. These changes mean the ball will spend more time close to the ground, and it will be easier to dribble with the front of your car instead of the hood. Nike FC Showdown will be playable from November 30 to December 14. 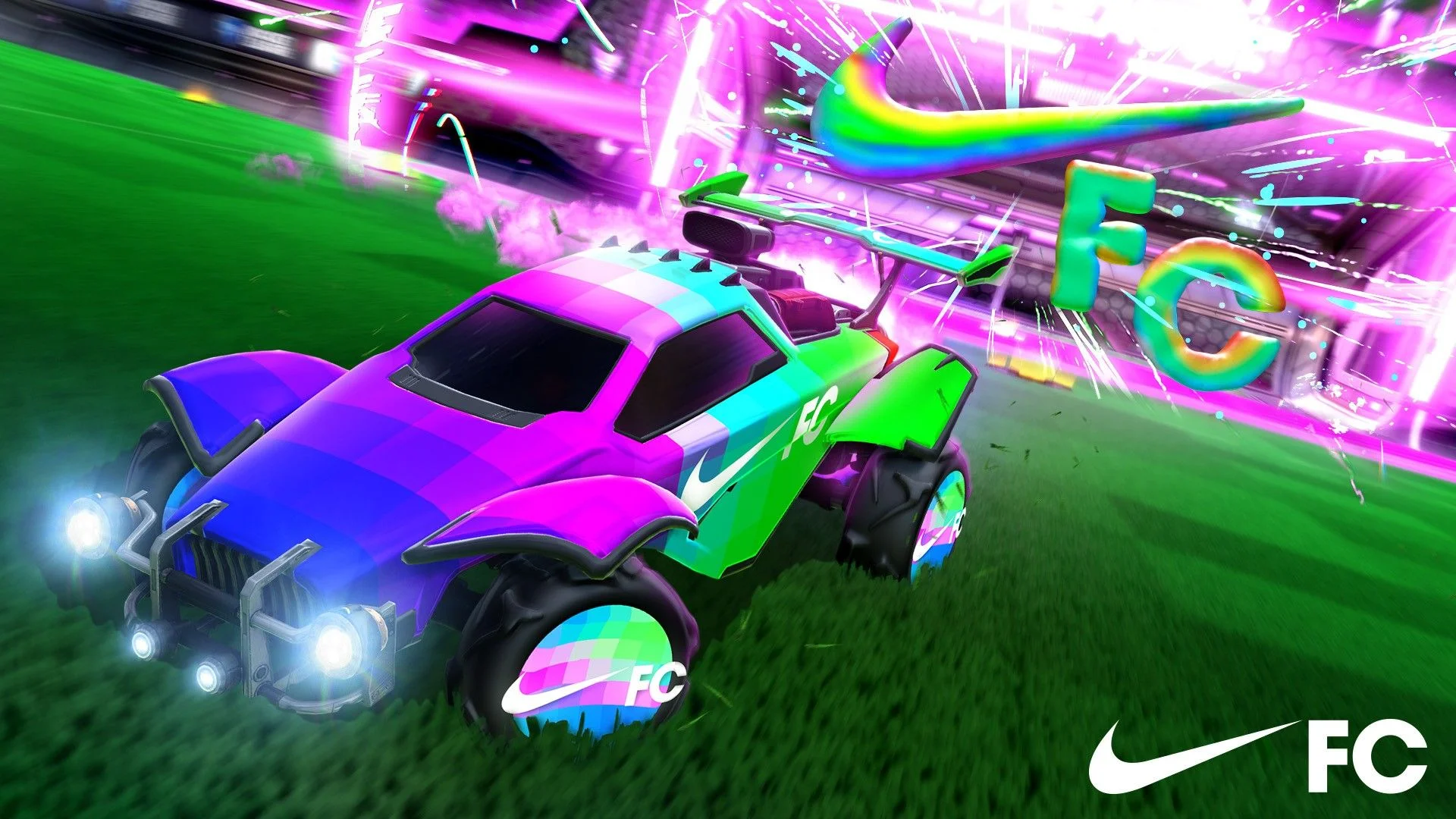 Players can expect a new wave of Nike Items in the Item Shop from November 30 to December 6. If you need even more football icon Items, pick up the Nike Mercurial – R9 Octane Decal, inspired by Ronaldo Nazário’s ‘98 R9 Mercurial Boot. Looking for something flashier? The Nike FC Pack brings a whole new vibe to futuristic sports apparel for 300 Credits.