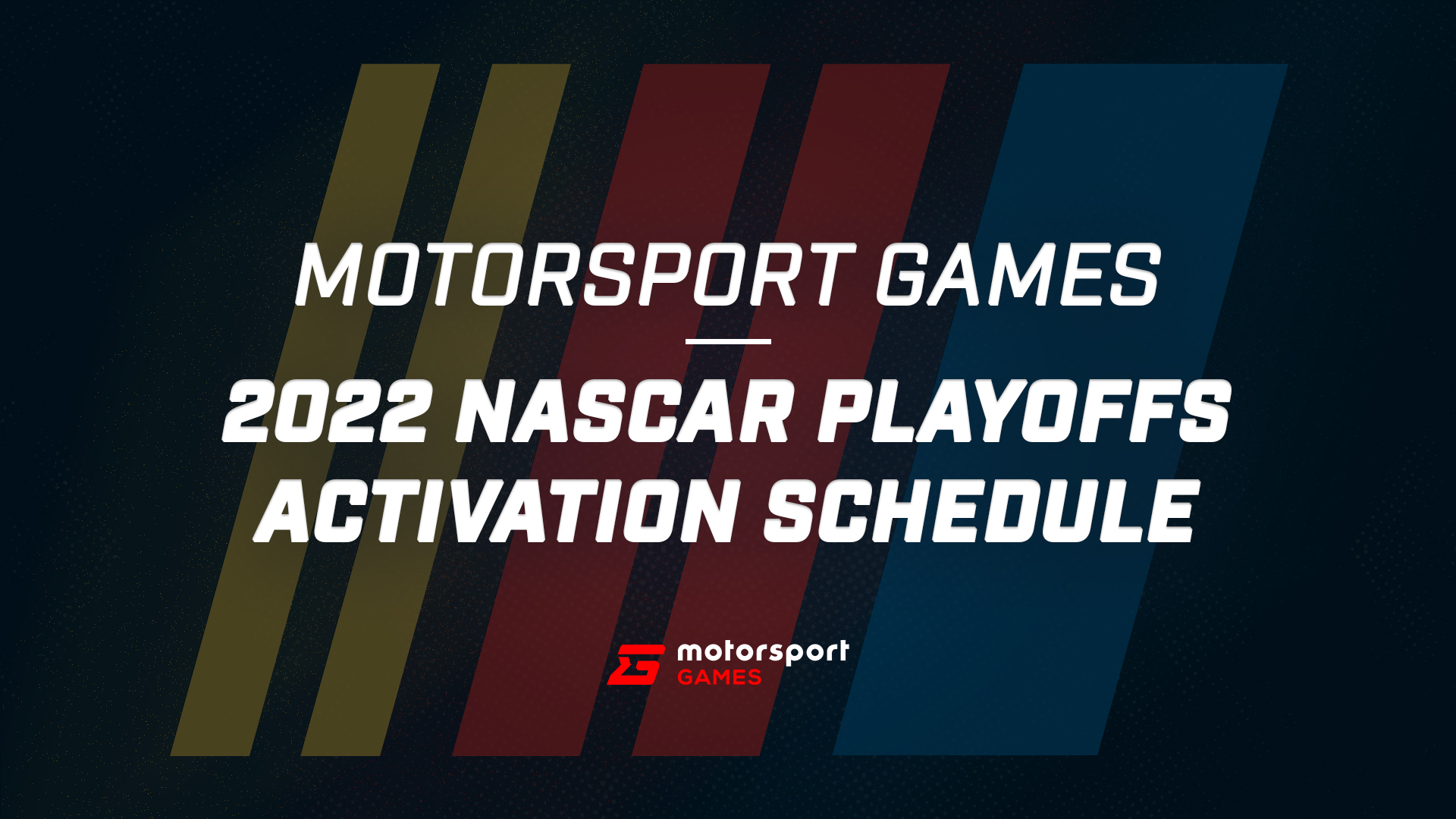 The race weekends that Motorsport Games will be present at are as follows:

“Motorsport Games has always prided itself on its lively, interactive and exciting activations at tracks during the NASCAR Cup Series season and this new set of five events are the biggest ones yet,” said Jay Pennell, Brand Manager, NASCAR, Motorsport Games. “Fans can not only visit our activation booth to have a great time playing our titles, but also compete for incredible prizes should they choose to. We cannot wait to see who can put in the fastest laps and who will come out on top during the NASCAR Rivals Championship Race.”

The five at-track activations serve to provide the community with a unique way to interact with Motorsport Games’ products, while also showcasing the improvements and development work being done to its library of games.

At each race, fans will be able to play NASCAR 21: Ignition – 2022 Expansion on both PC and console. Additionally, the upcoming NASCAR Rivals title will be present to play, with six Nintendo Switches on hand.

There will also be an added competition to the activations, as one of the Nintendo Switch consoles will be dedicated to the NASCAR Rivals Head-to-Head Competition. Each competition will take place on the same track as the activation (e.g. Talladega Superspeedway during the YellaWood 500) and gameplay will be set to the most difficult settings for the entire competition (i.e., hot lap, Split Screen, and Race Now). Hot lap competitions will take place the first day(s) of each activation event, with the fastest single lap recorded. The top eight drivers will be put into a bracket to face off head-to-head using NASCAR Rivals Split Screen Mode and ranked according to the lap times. Races will be shown on a TV located next to the Motorsport Games activation truck, with Dylan ‘Mamba’ Smith scheduled to serve as commentator and emcee.

The prize breakdown will be as follows:

After the qualifier weekends, the competition will shift to the Phoenix Raceway for the NASCAR Cup Series Championship. During that weekend, hot lap competitions will take place on the first day(s) of the activation, similar to the other four events. However, instead of head-to-head races, the top four fastest drivers will advance to the NASCAR Rivals Championship Race.

Eight total drivers will compete in a 4% race at Phoenix Raceway (22 laps) and gameplay will remain on the most difficult setting. As with the qualifier events, Dylan ‘Mamba’ Smith is scheduled to serve as commentator and emcee. The championship winner will receive two VIP passes to the 2023 Daytona 500, a $10,000 cash prize, a custom diecast trophy of the No. 78 NASCAR Rivals Ford driven by McLeod and an advanced copy of the NASCAR 23 console game (when available).

In addition to the competitions taking place during the activations, Motorsport Games will also have driver Q+A’s with Live Fast Motorsports and up-and-coming racer Gavan Boschele (Charlotte only).

Motorsport Games, a Motorsport Network company, is a leading racing game developer, publisher and esports ecosystem provider of official motorsport racing series throughout the world. Combining innovative and engaging video games with exciting esports competitions and content for racing fans and gamers, Motorsport Games strives to make the joy of racing accessible to everyone. The Company is the officially licensed video game developer and publisher for iconic motorsport racing series across PC, PlayStation, Xbox, Nintendo Switch and mobile, including NASCAR, INDYCAR, 24 Hours of Le Mans and the British Touring Car Championship (“BTCC”), as well as the industry leading rFactor 2 and KartKraft simulations. RFactor 2 also serves as the official sim racing platform of Formula E, while also powering Formula 1™ centers through a partnership with Kindred Concepts. Motorsport Games is an award-winning esports partner of choice for 24 Hours of Le Mans, Formula E, BTCC, the FIA World Rallycross Championship and the eNASCAR Heat Pro League, among others. Motorsport Games is building a virtual racing ecosystem where each product drives excitement, every esports event is an adventure and every story inspires.

Investors and others should note that we announce material financial information to our investors using our investor relations website (ir.motorsportgames.com), SEC filings, press releases, public conference calls and webcasts. We use these channels, as well as social media and blogs, to communicate with our investors and the public about our company and our products. It is possible that the information we post on our websites, social media and blogs could be deemed to be material information. Therefore, we encourage investors, the media and others interested in our company to review the information we post on the websites, social media channels and blogs, including the following (which list we will update from time to time on our investor relations website):

The contents of these websites and social media channels are not part of, nor will they be incorporated by reference into, this press release.